The decision by U.S. District Court Judge Gregory Frizzell, granting summary judgment to the Equal Employment Opportunity Commission (EEOC) was reversed by the U.S. Court of Appeals on October 1, 2013.  The Tenth Circuit disagreed with the District Court's determination that Abercrombie & Fitch violated Title VII of the Civil Rights Act of 1964, by failing to provide a reasonable religious accommodation to a Muslim woman.

The Tenth Circuit held that Abercrombie was instead entitled to summary judgment because there was no genuine dispute of material fact.  The court focused on the fact that the applicant never informed Abercrombie prior to its hiring decision that her practice of wearing a hijab was based on her religious beliefs and that she would need an accommodation because of the conflict with Abercrombie’s clothing policy. 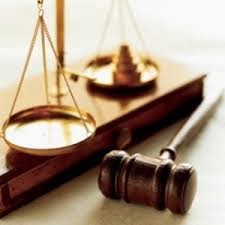 In 2008, the then 17-year-old, Samantha Elauf, applied for a job at Abercrombie Kids in Tulsa, Oklahoma.  Prior to her interview, Ms. Elauf asked a friend who worked at Abercrombie whether wearing a hijab to work was permissible. The friend inquired and communicated to Ms. Elauf that it should not be a problem.  Ms. Elauf wore an Abercrombie T-shirt, jeans and a black hijab to her interview.  During the interview the assistant manager never mentioned the Look Policy by name but did describe the dress requirements. Ms. Elauf never informed the assistant manager that she was Muslim, never brought up the subject of the headscarf, or that she wore the headscarf for religious reasons.  The interview went fairly well, and she was rated by the assistant manager as eligible for hire.

Following the interview, the assistant manager sought approval from a senior manager in evaluating Ms. Elauf for the position.  A district manager determined that Ms. Elauf should not be hired because she wore a headscarf, which was a clothing item that was inconsistent with the Look Policy.  The Look Policy prohibited employees from wearing black clothing and “caps.” However, the policy did not explain the meaning of the term “cap.”

The EEOC sued on Ms. Elauf’s behalf, alleging violations of Title VII. The compliant stated that Abercrombie refused to hire her because she wore a hijab, and failed to accommodate her religious beliefs by making an exception to the Look Policy.  The U.S. District Court agreed, granting summary judgment to the EEOC after finding that Abercrombie and Fitch failed to produce sufficient evidence to dispute the EEOC’s claims.

Title VII’s regulations impose an obligation on the employer “to reasonably accommodate the religious practices of an employee or prospective employee, unless the employer demonstrates that accommodation would result in undue hardship on the conduct of its business.”  However, Title VII’s regulations are only imposed after an employer is put on notice of the need for a religious accommodation. The Tenth Circuit found that not only did Ms. Elauf never inform Abercrombie before its hiring decision that her practice of wearing a hijab was based on her religious beliefs and that she needed an accommodation, the hijab was not discussed at all.  Therefore, the appeals court determined that the EEOC failed to establish its case under Title VII’s religion-accommodation theory.
Posted by Karen McKeithen Schaede, Attorney at Law at 12:46 PM